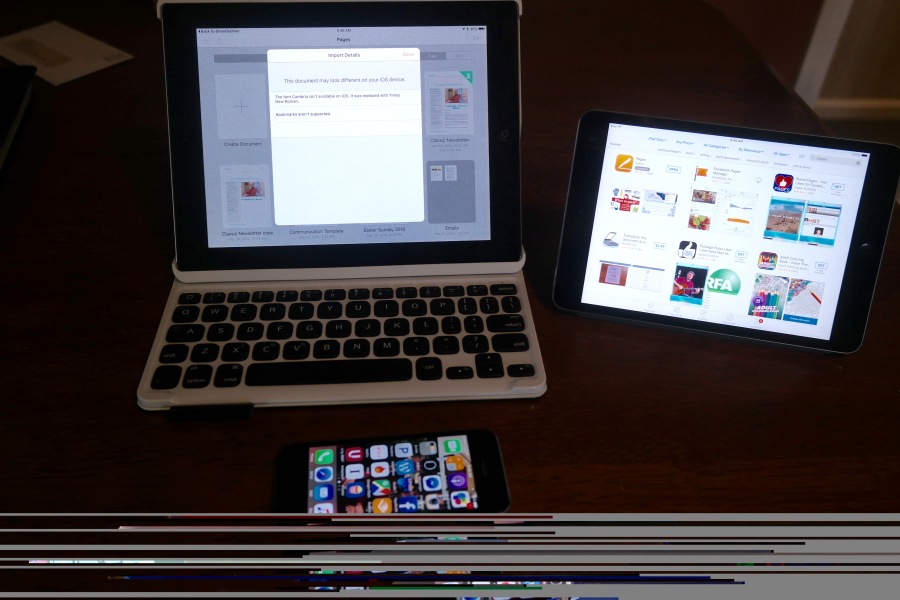 A little over a year ago a boy who attended Church came by the house for a drink of water.  As I went to get a glass he stepped inside and noticed my iPad sitting on the kitchen table.  “Is that your tablet?” he asked, and within a week I was one of the most popular people in Barrouallie.

I started playing off of the children’s fascination with technology and games by offering “tablet time” to those who were best behaved during Bible club (you would be amazed how well children would behave for two-lives in a game).  Eventually rewards for good behavior began to include koolaid, candy, and stickers but given a choice children would still choose tablet.

While there’s nothing wrong with rewarding positive behavior I need to keep in mind these rewards bring obedience not respect.  And there is a HUGE difference.

Yesterday morning one of the boys who visits my house often came and asked to use my tablet for some homework.  While I’m not thrilled about allowing children to use my internet (they are always supervised) I agreed to giving ten minutes.  Last year he was one of my biggest troublemakers, but after accepting Christ I noticed a big improvement in his life, and that spiritual growth earns special rewards.

After the time was up we had a conversation that went something like this;

Him:  Mr. John I need to stay here a while

Him:  My dad is going to beat me (punish him)

Me:  Why is your dad going to beat you?

Him: Well my Auntie (who he lives with) told me to take some slippers up to my cousin and I said no so she called my dad, and now he is going to beat me.

To his dismay, I not only agreed with his Auntie that he needed a beating (not abuse it gives the idea of a spanking or whipping) but decided to bring him up to her myself.  We ended up deciding I would walk him there and tell his Auntie he would like to apologize, then he would tell her he was sorry.

Of course it didn’t turn out that way….

We did get to the house and he called his Auntie onto the porch (only because I made him) but stayed out of eyesight and refused to apologize in any way.  Instead preferring to run away when she asked him to come.  That didn’t surprise me since few children will take their punishment that easily, what did surprise me was his disrespectful attitude had continued towards his Aunt.

She explained that because I have something he wants (tablet) he would obey me almost all of the time.  However the attitude of disrespect and refusal to obey continued towards her and everyone else in a place of authority.  In fact he had recently been suspended from school for five-days for directly disobeying the vice-principal!

I thanked his Aunt for letting me know and promptly banished him from my house for three-weeks.  But a thought stuck in my head as I walked home

How many other children do what I ask just because I have a tablet?

Those children when you get down to it “obey me” but don’t “respect me.”

Now respect is earned so at the beginning when a group is being loud and I begin counting from one to three (at three you should be quiet) they stop because each wants “tablet time.”  However if months later those same children are demanding tablet or sweeties for obedience I must admit they don’t truly respect me at all.

The road towards genuine respect is a long one where a child’s trust is earned, and you are called on bring genuine structure into their lives (teaching right from wrong, not just rewarding good behavior but punishing bad behavior), so it’s a whole lot easier to hand the child a tablet and hear them say how much they love us.  But we must remember (and I am learning) the same child who respects me because I have a tablet disrespects anyone who doesn’t have one.