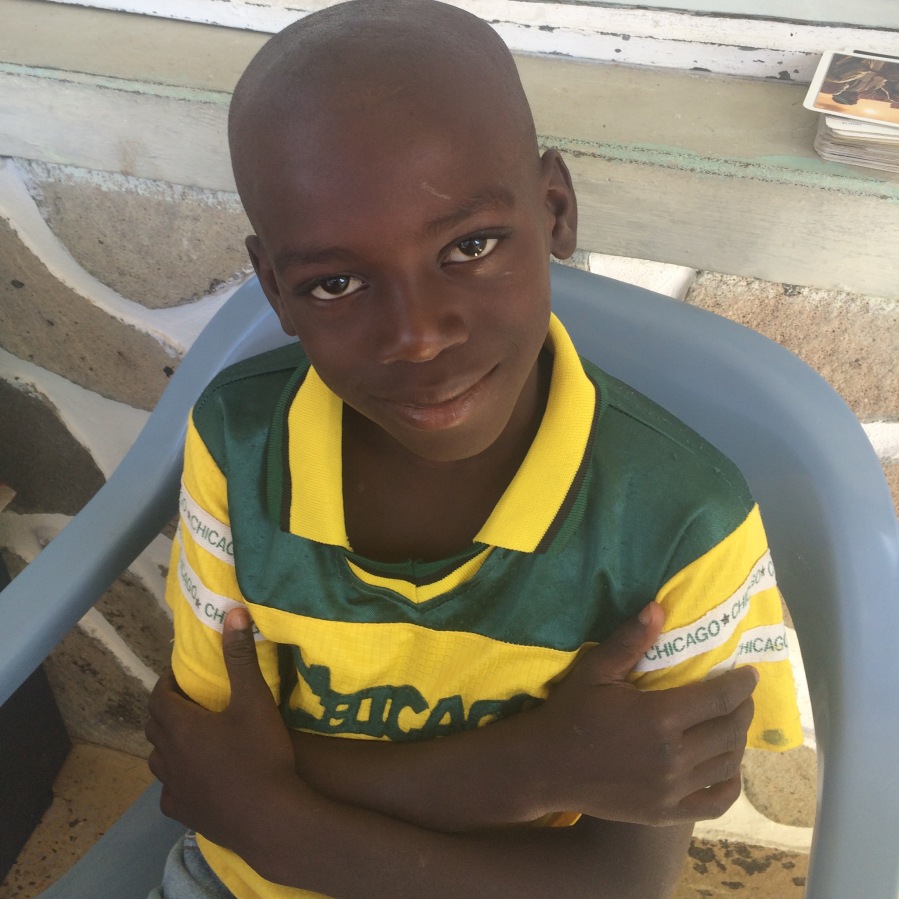 During my first few months in Barrouallie it became apparent many children came to Bible club not because they were interested in Christ, but for the chance to get some of Mr. John’s juice (koolaid) or play one of my tablets.  Of course this is normal so I decided to look children who actually wanted to be there for the right reasons.  One of those kids was Adam (not is real name).

Adam showed a real interest in the teaching time and was always one of the best behaved kids there.  In fact we had to make a rule about how many times a person could get the peanut-butter sandwich reserved as a special reward each week so Adam couldn’t get it every day!  Over time I began to notice the Lord working on his heart and began to share the Gospel with Adam.

The interesting thing is when I asked Adam where he would go when he died he would immediately tell me”Hell” and there was a clear understanding of how to receive Christ.  Yet whenever I asked Adam if he wanted to accept Christ today or later his response was always “later.”

At first Adam’s saying later was frustrating, especially since he was so close to accepting Christ.  Part of me wanted to tell him that Jesus could come back today or he could die that afternoon destined for Hell.  I considered giving Adam ten reasons why he should accept Christ that moment or talking him into accepting Jesus.

Lots of the kids who come to Bible club tell me they are saved, but when I ask them to tell me about it they give some very interesting responses.

While I try not to question the Salvation of others, when someone cannot give a clear testimony of accepting Christ you start wondering if they really know Him at all.

While the children deserve some of the blame for this I believe the majority of it falls on those who shared the Gospel with them.  That boy or girl either a.) didn’t truly understand the gospel or b.) decided to pray a prayer because that’s what the person wanted them to do.  In both cases they were never truly saved in my opinion.

By placing pressure on Adam to accept Christ instead of allowing him to do it on his own I would have contradicted the character of Christ who knocks on the door of a lost persons heart instead of breaking it down (Revelation 3:20), and of God who gives us free-will desiring children who willingly choose Him instead of robots who are forced to obey.

Even worse I will try to do the Holy Spirits job of convicting his heart over sin with my human wisdom instead of God’s Word.  Yes my putting pressure on him may result in a conversion, but when asked why he accepted Christ Adam may say “because Mr. John wanted me to.”  Of course there is a place for us to encourage children like Adam to accept Jesus.  But this is done as we cooperate with the conviction of the Holy Spirit.

One warm afternoon Adam sat on my front porch and after weeks of being inches from the Gospel accepted Christ as His Lord and Savior.  Though it could have happened sooner I’m grateful the Lord kept me patient because the choice was his.